Two islands rise out of Crater Lake. The largest of the two is Wizard Island, which formed from a cinder cone that erupted after Crater Lake began to fill with water thousands of years ago.

The smaller island is named Phantom Ship, which is pictured at the top of this article with its natural rock pillar formation. It derives its name from its resemblance to a ghost ship. Surprisingly, Phantom Ship has seven different tree species growing on it with colonies of violet green swallows and several varieties of wildflowers and lichens living there. 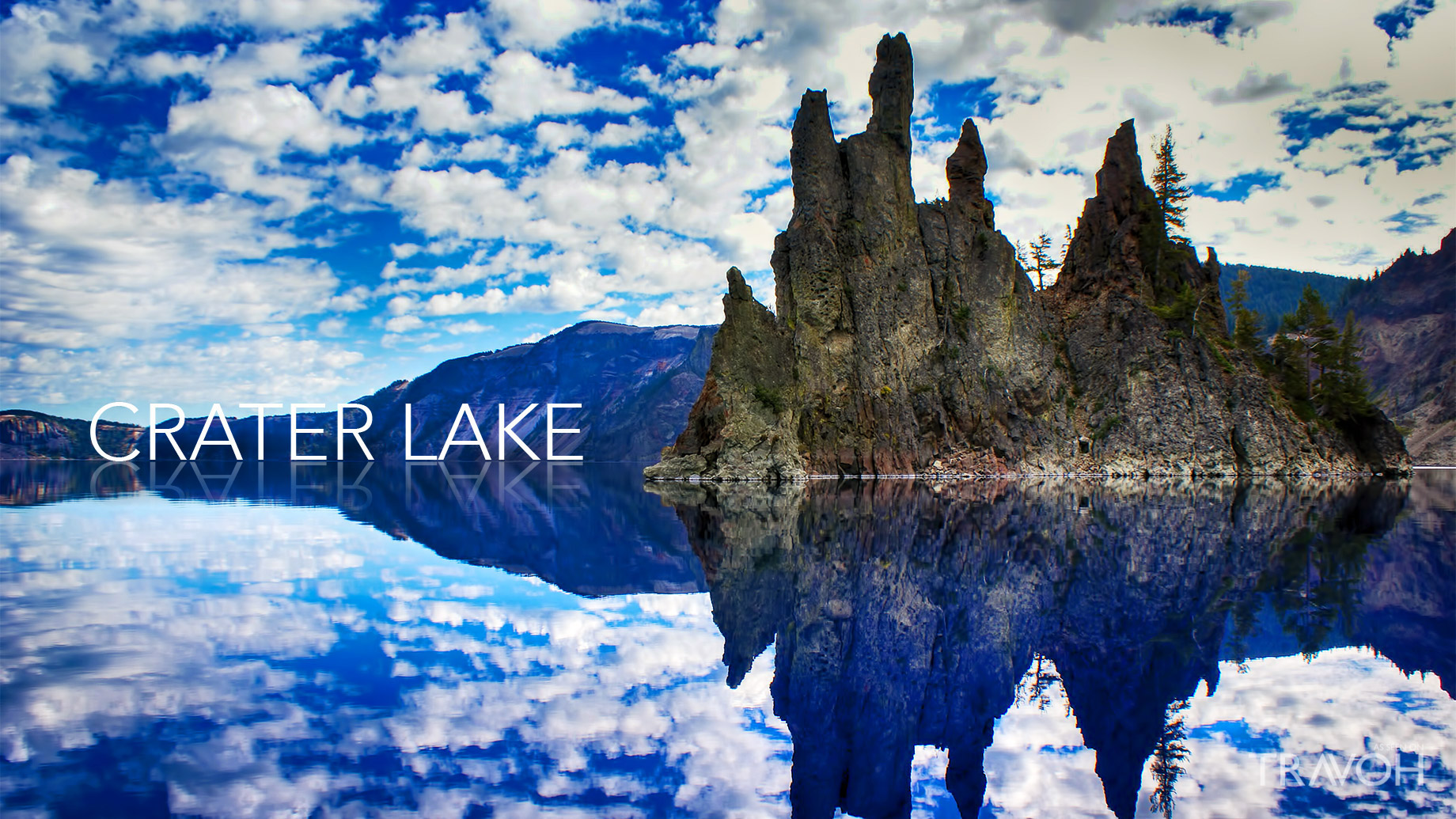