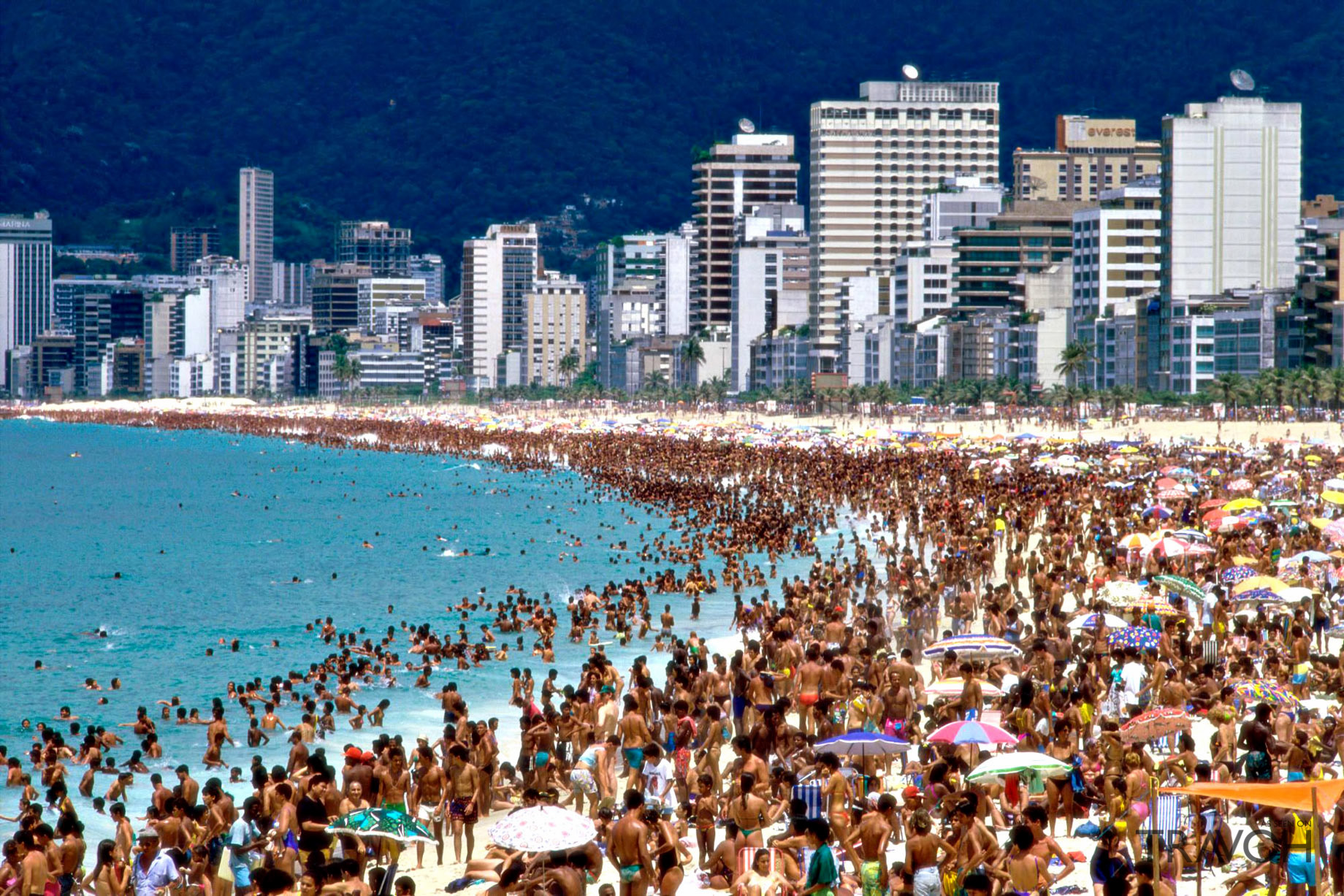 Considered to be the “little Paris” of Rio, Ipanema is renowned for its vibrant social scene, art galleries, bookstores and movie theatres. Dubbed locally as the place where summer happens in Rio, Ipanema beach is the beach, to see and be seen. It has even been recognized by The Travel Channel as the sexiest beach in the world. Ipanema’s elegant developments and the surrounding exclusive residential area is known as one of the most expensive places to live in Rio with affluent neighborhoods full of wealthy residents. If you want to sleep in luxury then you have to stay at Fasano`s which has famously received such celebrities as Madonna, Beyonce and Kim and Kanye West to name just a few. Ipanema beach is bordered by Arpoador Beach on one end and Leblon Beach on the other end. Two mountains called the Dois Irmãos (Two Brothers) rise at the western end of the beach. In the winter the surf can reach nine feet and constant swells keep the water clean. Every Sunday the roadway closest to the beach is open to pedestrians only, tourist and locals use the opportunity to ride bikes, roller skate or join a match of beach soccer, beach volleyball. Foot-volleyball or just watch some Capoeira. Beer is sold everywhere, along with the popular Cachaça, a traditional Brazilian white rum drink made from sugar cane. At times a little too crowded, Ipanema beach is an iconic stretch of sand that has inspired poets and artists including Antonio Carlos Jobim, with his song “The Girl from Ipanema.” Considered as one of the main centers of beach activity for the city of Rio, there are many people walking throughout the beach offering things for sale and even services like relaxing massages. You can find almost anything you desire at Ipanema. 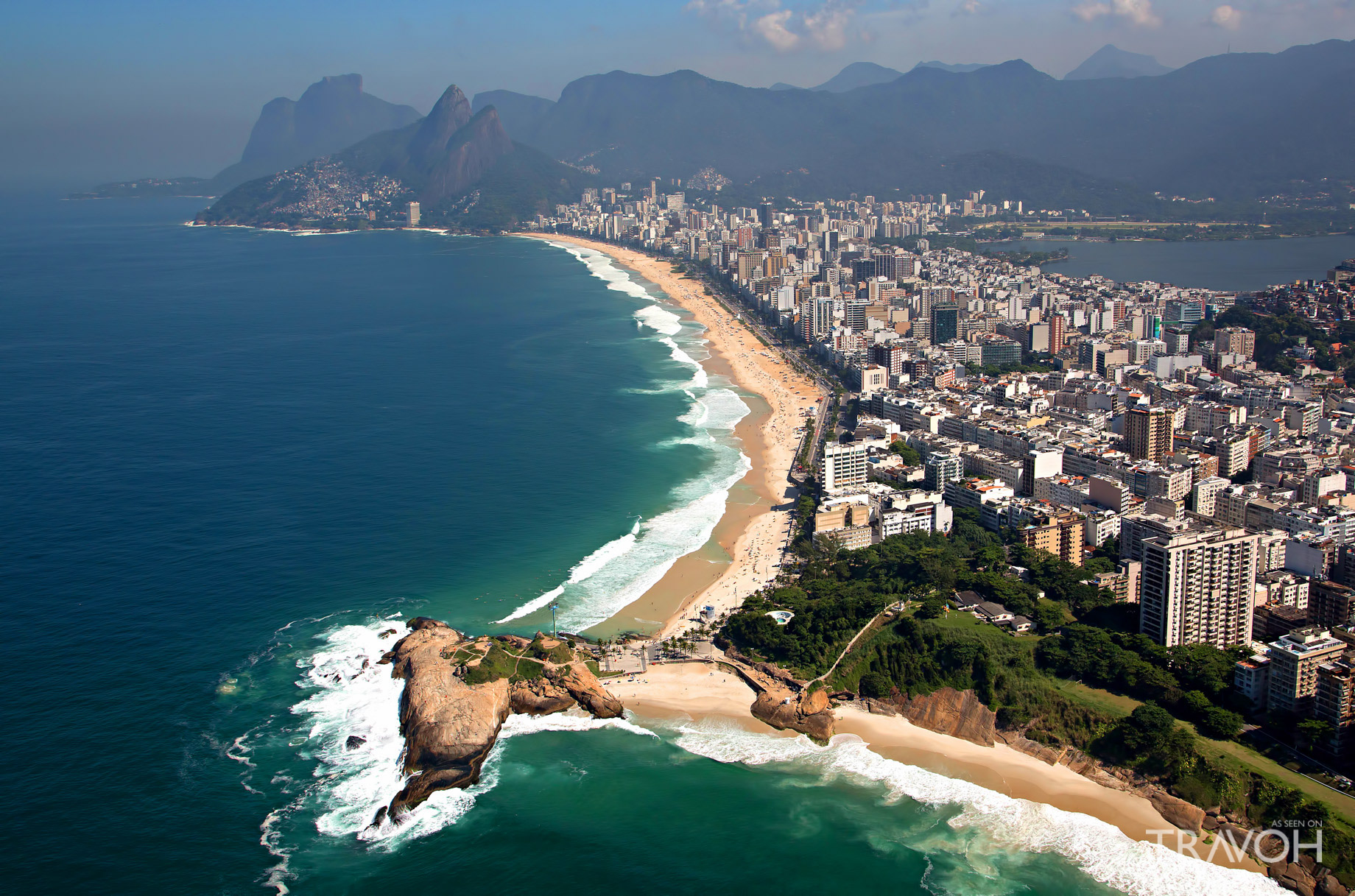 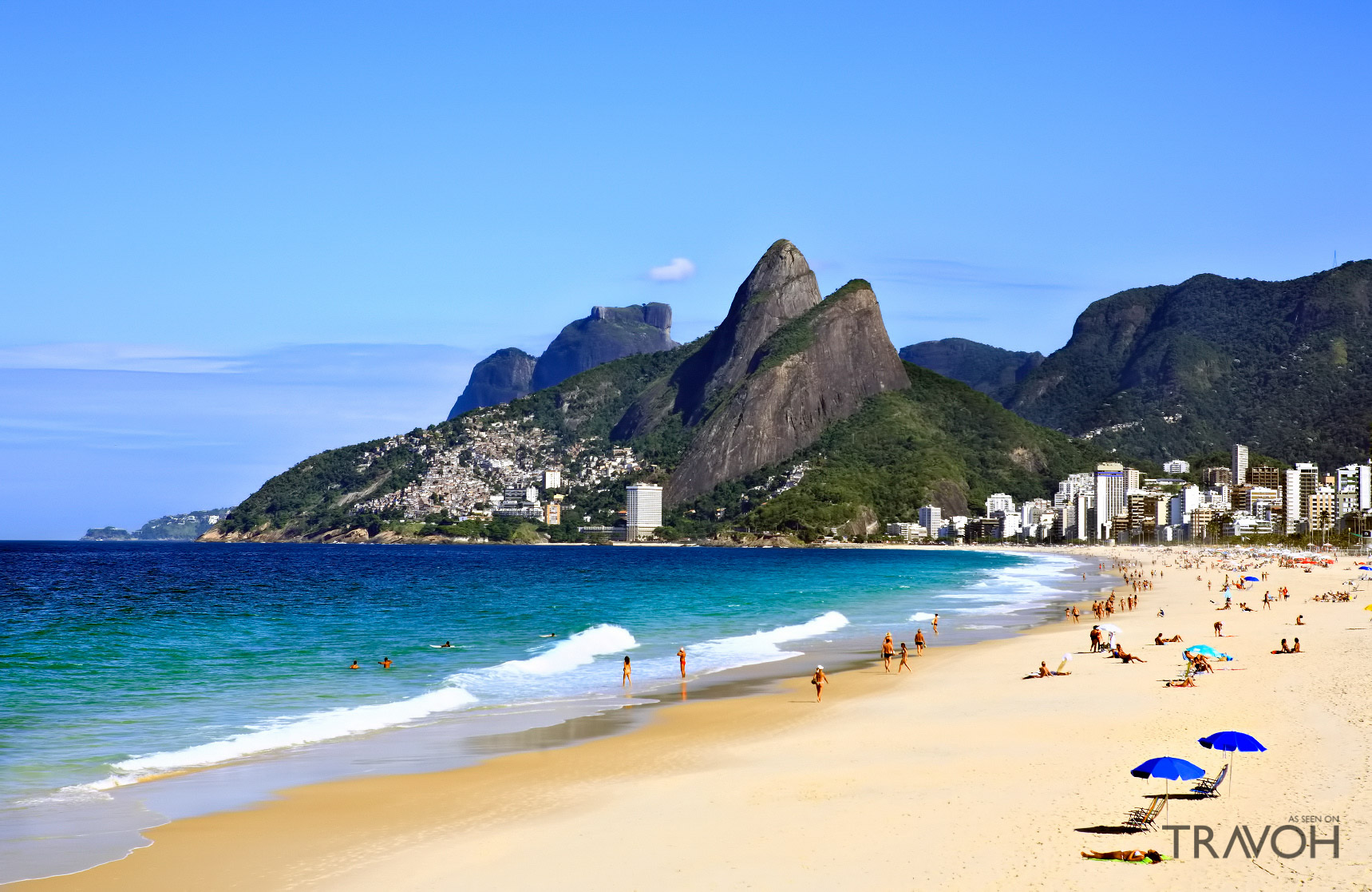